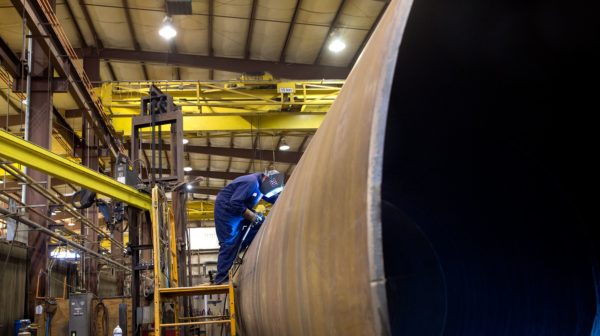 PESCO is expanding its operations and is expected to create up to 180 new jobs, Gov. Susana Martinez’s office announced Monday. The company also is set to invest more than $7.5 million, adding 20,000 square feet onto its facility.

The state will invest up to $2.35 million in Local Economic Development Act funding for the expansion. San Juan County will act as the fiscal agent for the LEDA award. LEDA is a financial incentive used by the state and local governments as a closing fund to recruit new businesses and grow existing businesses in New Mexico.

The company tapped into LEDA funding to add 170 jobs in 2017, according to a release.

“PESCO has become a leader in process equipment in the western United States and is able to compete head to head with large companies from Denver to Houston,” PESCO President and CEO Kyle Rhodes said in a statement. “The quality of our workforce, which is 70 percent Native American, is exceptional including our outstanding engineers and our fabricators that are second to none.”

PESCO, which manufactures process equipment for the oil and gas industry, recently partnered with Albuquerque-based BayoTech, an agricultural tech firm by producing components for reactor units. The expansion allows PESCO to follow through with that, according to a news release.

“Our future is bright, as we look to expand, partnering with BayoTech, another New Mexico company, to bring technology developed in our state in innovative products to the chemical and agricultural industries worldwide,” Rhodes continued.”