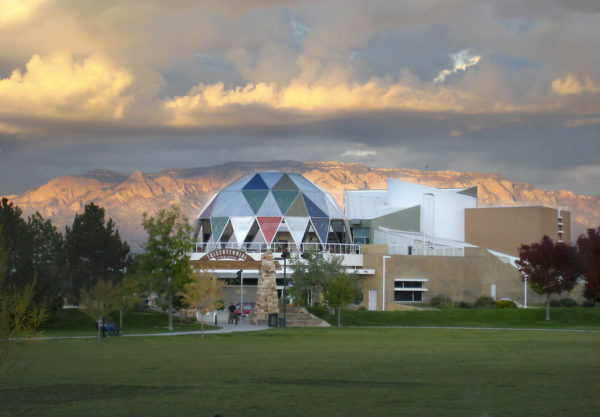 August 22, 2019 – The Explora museum is about to undergo a major expansion. It’s known as a fun place for kids of all ages to play and learn, but the new addition called X-Studio is focusing on teens and young adults, with the goal of getting them trained for jobs in science, technology, engineering, and math.

From the early days of elementary school to graduation day, kids are learning in the confines of a classroom. But there are a lot of opportunities outside as well, and that’s what X-Studio is all about.

“It’s about robotics, it’s about drones, it’s about mixing music, it’s about making things on a 3D printer, and that’s what kids are excited about,” Joe Hastings, Executive Director of Explora, said.

They’ll be able to do it all in what’s being called the “Cradle Through Careers Team Learning Campus,” or X-Studio. An 8,000 square foot expansion at the museum.

“It makes a lot of sense for an informal learning organization like Explora to offer this type of learning that really gets kids on to career pathways,” Kristen Leigh, Explora’s Deputy Director, said.

Kids and teens will be able to move from scientific play, into serious work involving STEAM jobs. “There’s already lots of jobs in Albuquerque, in New Mexico, that these kids could have if they were interested in, and pursued some more further learning and education,” Hastings said.

An estimated 80% of jobs in the next few years will require some type of STEAM learning. Educators say our communities need to get kids on a pathway to those careers, but kids say the resources are not always available.

“Things like soldering or 3D printing might be more accessible, whereas outside these programs they’re not accessible to kids my age,” Daniel Cruz, an Explora volunteer, said.

The $4 million project is nearly funded, with the final $400,000 expected to come from fundraising. It’s scheduled to open February 2021.

The new center will offer 30 paid internships to teens as well. The second phase of X-Studio is a museum-based early learning center, helping kids under 2 years of age. Fundraising efforts to that project will begin next year.

READ THE ORIGINAL ARTICLE AT KQRE