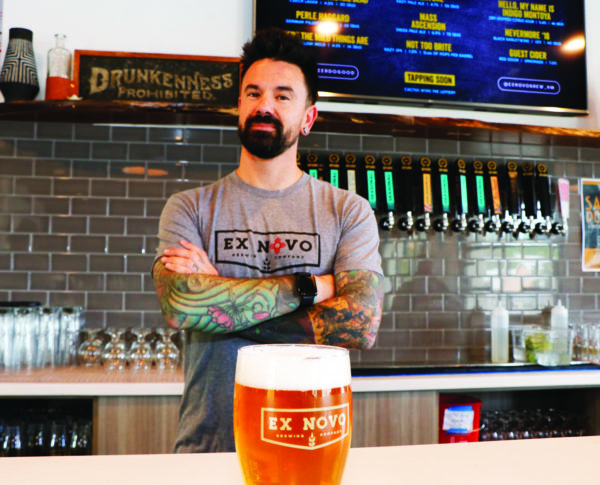 June 10, 2019 – The wait is finally over for those who anticipated the opening of Ex Novo Brewery in the Village of Corrales for almost a year.

The brewery’s taproom, on the north end of the property at 4895 Corrales Road, adjacent to the cannery and brewing warehouse, has an open midcentury-modern-meets-Southwest feel.

Stevo Jeter, taproom manager, said it was a slow process to get everything finalized and approved for the taproom to open.

“Friday, May 24, at 2:45 p.m., the mayor walked in and signed the final approval, and I threw the garage doors open and posted a photo on Instagram that said, ‘We’re open.’ And before you knew it, we had a line all the way to the dirt until last call,” Jeter said. “So we poured almost 700 pints in seven hours.”