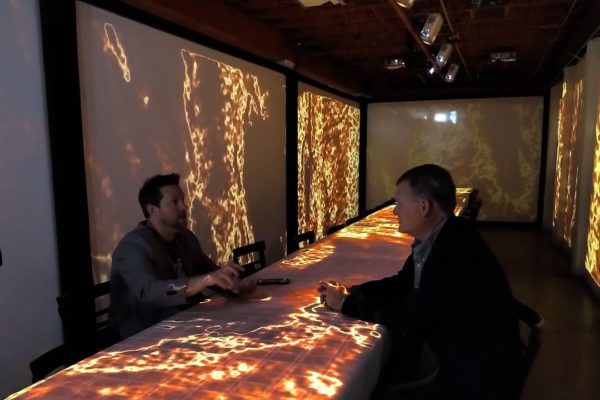 December 4, 2019 – Albuquerque’s Electric Playhouse took a big step toward its Westside opening last week, with investors placing a nearly $4.4 million bet on the company’s mix of interactive tech and entertainment.

Marketing Director John Feins said the Series A funding will be used for research and development, marketing, staffing, business development, the buildout of its 24,000-square-foot space and operational costs as the startup prepares for its grand opening, for which no date has been announced. Electric Playhouse employs 45 and plans to add another 40 in the beginning of the year.

“It’s really crunch time,” Feins said. He added that employees of Electric Playhouse were also offered an employee stock option, and said the company increased the size of the round after it initially oversold.

A Form D filed with the U.S. Securities and Exchange Commission Nov. 27 says the round garnered 46 investors. Feins said almost 90 percent of the firm’s investment has come from in state and that there is still opportunity to buy in. He was unable to disclose further fundraising details.

Electric Playhouse CEO John-Mark Collins, who was unavailable for immediate comment, previously told Business First the project is expected to cost between $2 million and $3 million. The startup is a subsidiary to Albuquerque-based Storylab, a business-to-business interactive entertainment company with a Downtown studio space used to test concepts for Electric Playhouse, according to our reporting.

“We might project Space Invaders on the wall, and you’ve got a dodge ball to throw [at them],” he said.

The company will also hold four “immersive dining” events throughout the month, including one New Year’s Eve. Collins previously described those dinners as story-driven meals where each course represents a different part of a narrative.

Dekker/Perich/Sabatini is the architect for the venue, located at 5201 Ouray Road NW.