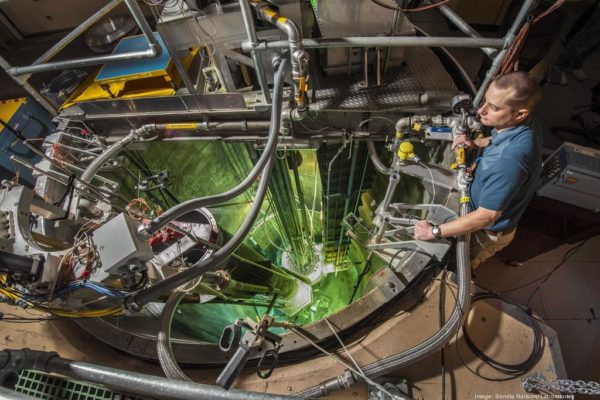 November 22, 2019 – Albuquerque medical technology startup Eden Radioisotopes says it is moving forward with the purchase a 240-acre plot of land where it plans to build a production facility following new investment.

COO Chris Wagner said Eden plans a 70,000-square-foot facility on the land, located between Hobbs and Eunice. The six-year-old company licensed nuclear technology from Sandia National Laboratories used to establish a steady supply of medical isotopes, or substances with uranium used in medical imaging procedures to diagnose diseases. Eden plans to build a small nuclear reactor in the new space for their production.

The facility will employ “as many as” 150, Wagner said. Planned job openings include radiochemists, isotope processors and producers, nuclear reactor operators and various administrative positions. Those workers are expected to have an average yearly income of $93,000, he said, adding that the company will also seek state funding meant for expanding or growing businesses.

The land purchase is expected to close in the second quarter, and construction on the building is about two years out, according to Wagner. He declined to disclose how much investment Eden Radioisotopes has received or who owns the land it plans to buy. Adjustments to the company’s tech license earlier this year by Sandia allowed Eden to secure funding, a Sandia news release says.

“This type of technology has the ability to affect millions of patients worldwide,” Wagner said in a prepared statement. “I think what continuously drives us is that unless someone solves the supply issue, a lot of patients will be adversely impacted.”