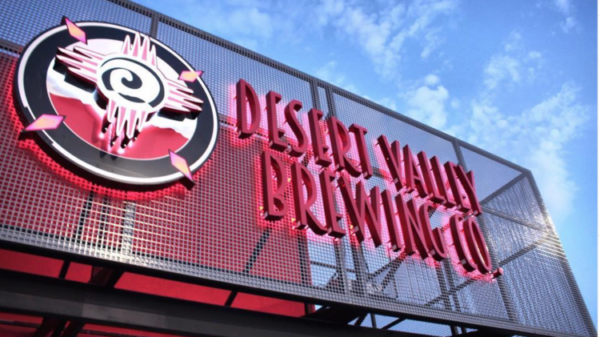 “I think there’s kind of a void on barbecue in Albuquerque,” co-owner Chris Senutovitch said. “For us, the food is a big draw.”

The location is set to have a soft opening in the coming weeks with the company aiming for a May grand opening, marking its second location. The new space is located at 3517 Wyoming Blvd. NE and boasts around 4,800 square feet and includes a taproom and restaurant area.

Senutovitch said Desert Valley signed a five-year lease for the space and is spending about $120,000 on the expansion. Coe & Peterson broker Tenee Swingle handled the transaction.

The new space will have 12 beers and eight ciders on tap. The barbecue joint will be called Cody’s and offer a variety of sauces, Senutovitch said. The eatery and taproom will employ around 17 in total.

The brewery’s new digs will include space that was formerly used as a bar by neighboring establishment Poki Poki Cevicheria, according to Senutovitch.