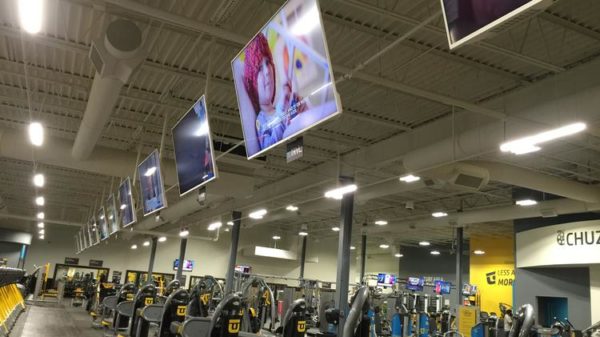 March 25th, 2019 – Cory Brightwell grew up watching his family work in the restaurant industry in Albuquerque, but it was the guest experience aspect that resonated with him.

Years later, Brightwell is CEO of San Diego-based Chuze Fitness and is using similar guest experience values he was accustomed to growing up and applying them to his gym. It is why he believes he was able to successfully launch his gym and expand it to more than 30 across four states, with one of the newest coming in the city he grew up at Winrock Town Center in Albuquerque Uptown.

“I was able to grow up watching my father and godfather as entrepreneurs in the restaurant industry really focus on the guest experience and hospitality,” Brightwell said. “I have very fond memories of growing up [in Albuquerque] and was sad when we had to relocate to Texas.”

Brightwell and other co-founders launched Chuze afterward and opened its first location in San Diego. Eleven years later, Chuze has 32 proposed locations across Southern California, Arizona, Colorado, and now, New Mexico, according to its website.

In February, Chuze opened its first New Mexico location at Winrock Town Center, replacing 41,883 square feet at a previously defunct Toys R’ Us at 7400 Indian School Road. The gym features a smoothie bar, a cardio cinema, a studio for classes like Zumba and yoga, a three-lane pool with a jacuzzi and more. Monthly memberships range from $10 to $40.

Brightwell had the intention of following his family into the restaurant industry, but couldn’t find anything that was appealing. Instead, he pivoted to fitness when he found the competition to be lackluster with dirty equipment, a lack of air conditioning and haggling salespeople. Brightwell said he emulates his approach of guest experience after years of watching his family in restaurants.

“We were really blown away with how poor the guest experience was in the fitness industry back in 2008,” he said.

The gym plans to open a second Duke City location at Paseo del Norte & Coors Boulevard, taking over a former Hobby Lobby location. As of Monday, the gym is underway with its demolition of the building and plans to be in operation by early fall, Brightwell said.

In a visit to Albuquerque earlier this month, Brightwell checked in with the Winrock location as well as prospected for new possible locations and got an update on the progress of the construction of the Westside location. For now, there aren’t any concrete plans for locations beyond the two Chuze locations, but over time, Brightwell anticipates the gym can have between four to six locations.

“I think the reception we’ve gotten from the Albuquerque community has been phenomenal. It’s crazy how quickly the word spreads,” he said. “So far, we’re surpassing our expectations.”