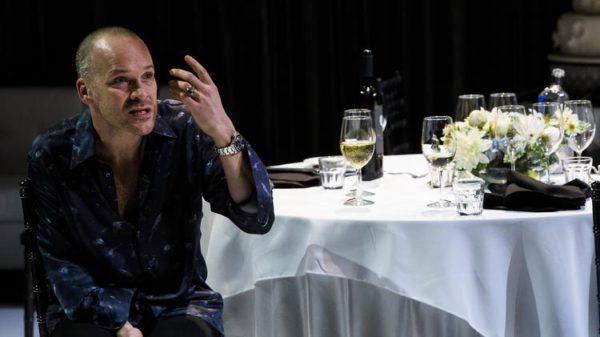 “Interrogation” starring Peter Sarsgaard, Kyle Gallner, Kodi Smit-McPhee and David Strathairn, will begin principal photography mid-March in Albuquerque, according to the New Mexico Film Office. The show is produced by CBS Television Studios. The show will be a nine-episode true-crime drama series based on a true story that spanned more than 30 years, in which a young man was charged and convicted of brutally murdering his mother.

The production will employ about 150 New Mexico crew members and 2,500 background talent.

“This is another great example of how New Mexico is becoming a destination for both film and television production,” said Economic Development Secretary Alicia J. Keyes, in a statement. “These are good jobs that are helping to diversify our economy.”

The series was co-created by Anders Weidemann (“30 Degrees In February”) and John Mankiewicz (“House of Cards,” “Bosch”) and directed by Ernest Dickerson (“Bosch,” “The Walking Dead”), who also serves as executive producer, and Patrick Cady according to a release.

“We welcome the crew of the TV series ‘Interrogation’ to Albuquerque,” said Mayor Tim Keller, in a statement. “This industry is a big part of Albuquerque’s creative economy, a strong and growing sector that creates local jobs and supports local businesses. The opportunities it is bringing to our workforce and rippled effects will add even more momentum to our work to build an economy that works for everyone.”