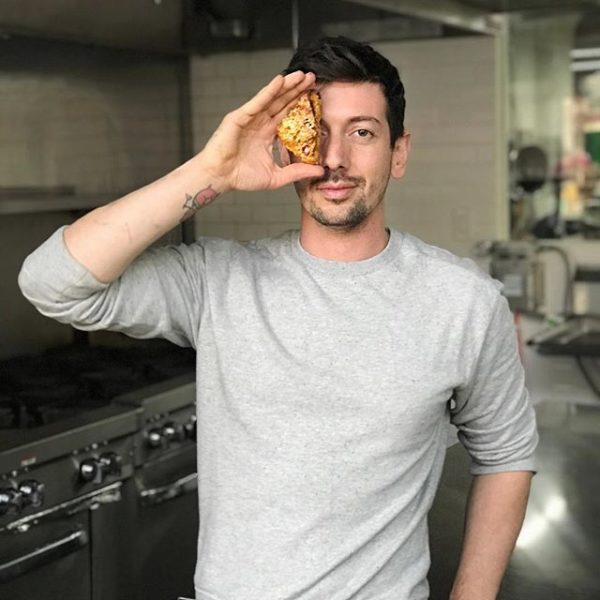 January 7, 2020 – He is bringing Hatch green chile to the Big Apple. An Albuquerque man opened a cafe in Brooklyn with a New Mexican flare, and it’s a hit.

“There’s some nuance of chile or New Mexico… almost on every aspect of the menu,” said Eric See.

Step foot inside ‘The Awkward Scone’ in Brooklyn, you’d think you’re in a cafe in New Mexico. “My childhood has always been an influence for what I bake,” See said.

Originally from Albuquerque, Eric See is the co-owner of ‘The Awkward Scone’, which opened in August. He infuses most of his recipes with green chile.

“There’s actually quite a few New Mexicans in the neighborhood of the cafe, and they were coming in and getting really excited about the green chile scone….and they pressured me into making burritos,” See said.

All of his chile and tortillas come directly from New Mexico, shipped to him from mom.

“I’m getting the beans, the pinto beans from New Mexico, we get the Navajo Pride ones,” he said.

The New Mexico-inspired food is doing so well, See was just featured in an article by ‘Gothamist’ and ‘Eater NY.’ They even put the cafe on their list of the Top 14 Hottest Brunch Spots in New York City.

“I wasn’t expecting it to be busy at all today. We railed through like 40 burritos in an hour. It’s kind of changed the pace of business,” See said.

He’s happy to see a taste of home, getting so much attention.

Eric See says on his most recent trip home for the holidays he brought back 50 pounds of green and red chile on the plane.

READ THE ORIGINAL ARTICLE AT KQRE