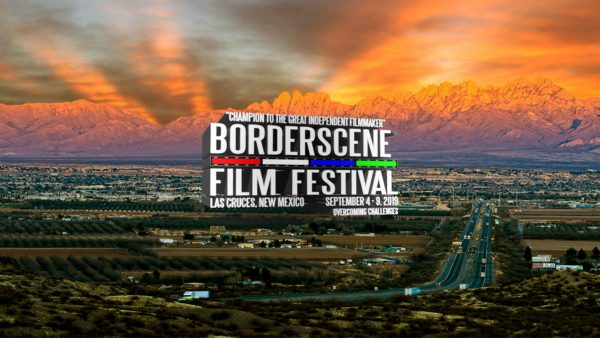 September 3, 2019 – After a successful debut in 2018, The Borderlands Film Festival has re-branded itself and is continuing as the Borderscene Film Festival. This year’s film fest will take place Sept. 6-9 at the Allen Theaters Cineport 10 and Video 4 and in Las Cruces as well as Hotel Encanto de Las Cruces. This year’s theme is “Overcoming Challenges.”

The mission of the Borderscene Film Festival continues to be the integration of excellence in independent film with resources and connections within the film industry. In 2019, Festival organizers received 450 films from 48 countries and selected the top 15% for viewing.

Starting Wednesday, Sept. 4, some Borderscene Film Festival pass-holders can watch most of the 75-plus films in the lineup from their online streaming devices.

SEE THE FULL SCHEDULE OF EVENTS AT SUN NEWS