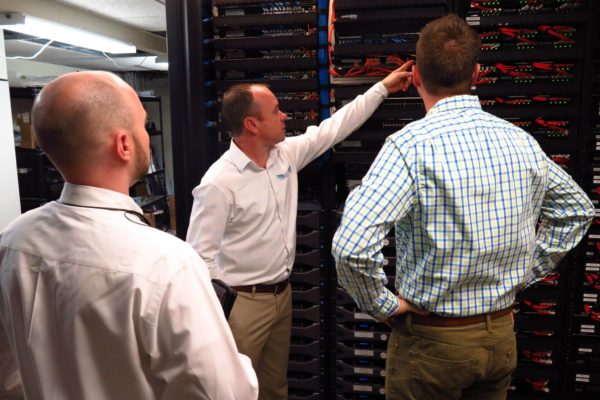 September 4, 2019 – Duke City startup APIC Solutions is planning a new headquarters that would triple the size of its local footprint.

The electrical contracting and special systems company is closing on a 4.5-acre plot of land on Paseo del Norte where it plans to construct a 45,000-square-foot facility. The building would be three times larger than the company’s current leased space at 5550 Midway Park Place NE. Michael Leach of Sycamore Associates, the local real estate firm representing the property’s owner, confirmed the transaction. The deal is set to complete in December.

APIC Solutions CEO Jesse Pickard said the company will pay $1.3 million for the land and has a total budget of $6.5 million for the expansion. It has narrowed its picks for contractors down to two local builders and two area architects. The new address would be 3801 Paseo del Norte NE.

“Albuquerque is near and dear to my heart,” Pickard said. “I want to see it succeed.”

The 115-person company aims to double its workforce by 2021 and is looking for engineers, project managers, electricians, low-voltage technicians and administrative and support professionals. APIC offers various electrical construction, network infrastructure, security and other solutions including engineering services, wireless systems and perimeter detection. Its main verticals are government, education, health care and gaming.

APIC also plans several satellite offices across the country. A Phoenix location is slated to open next year, followed by El Paso, Texas, in 2021, and Denver and Atlanta in 2022. The company grew 126 percent over the previous three years and reported $16.5 million in revenue last year on the Inc. 5000, which ranks the country’s fastest-growing businesses. It doubled in staff size over the last two years and is on track to make $24 million in 2019 revenue, according to Pickard.