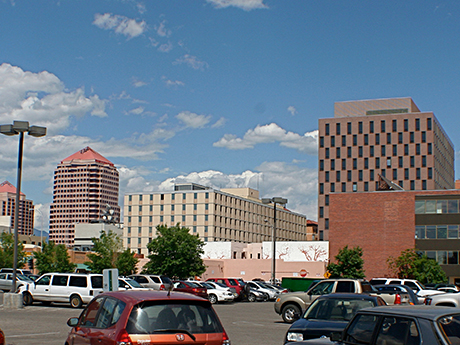 September 4th, 2018 – New Mexico’s office market has held steady along with the rest of the country throughout 2017. New development in areas outside of metro Albuquerque, like the Facebook development in Los Lunas, is attracting retail- and service-related businesses.

While it remains to be seen what this means to the general commercial real estate industry, it is encouraging to see increases in activity in areas where there had been little to no growth in recent years.

Albuquerque, the heart of New Mexico’s office market, saw positive absorption start to increase from the past two quarters. The market is seeing organic tenant movement and, more importantly, there has been a swelling interest in Albuquerque metro areas from out-of-state companies looking for a Mountain Time Zone location that is economically attractive.

Co-working spaces have gained in momentum with several cropping up since the end of 2016. New co-working spaces include Gravitate, which has expanded into two new locations near FreeRange and the new Tramway Plaza. We expect this trend to continue as the state focuses on investing in entrepreneurs and startup companies.

New construction is expected to increase the overall Class A inventory over the course of 2018 and 2019. Compared to many other metros, Albuquerque has a very small proportion of Class A space. It also has a relatively high downtown vacancy rate when it comes to Class A office.

By comparison, downtown Class A space in the Western region of the U.S. is 11.1 percent vacant, while Albuquerque’s downtown Class A space is 31.2 percent vacant. Downtown’s vacancy is volatile and somewhat deceptive as the inventory is only made up of two buildings. The movement or loss of a single large tenant can result in a change of more than 300 basis points to overall Class A vacancy.

Sales of smaller office properties, particularly office condos, saw a healthy increase in 2017. Business owners increasingly have an optimistic outlook about the economy and lower taxes in the future, making them more willing to commit to commercial property ownership instead of continuing to lease. This trend is likely to increase in the coming year.

The Tax Cuts and Jobs Act (TCJA) of 2017 lowered corporate tax rates by 14 percent by the end of 2017, with the intent to promote the creation of new jobs and new investments. Though the office market has been flat throughout last year, the state’s growing GDP and the TCJA are anticipated to promote new development and expansion in Albuquerque’s office market.

An accelerated depreciation timeline for certain capital improvements during the next five years will be a boost for much-needed capital investments in many of our dated buildings in the near-term. With high-quality space readily available, the Albuquerque office market is full of opportunity for investors and new tenants and the city is poised for new growth in 2018.