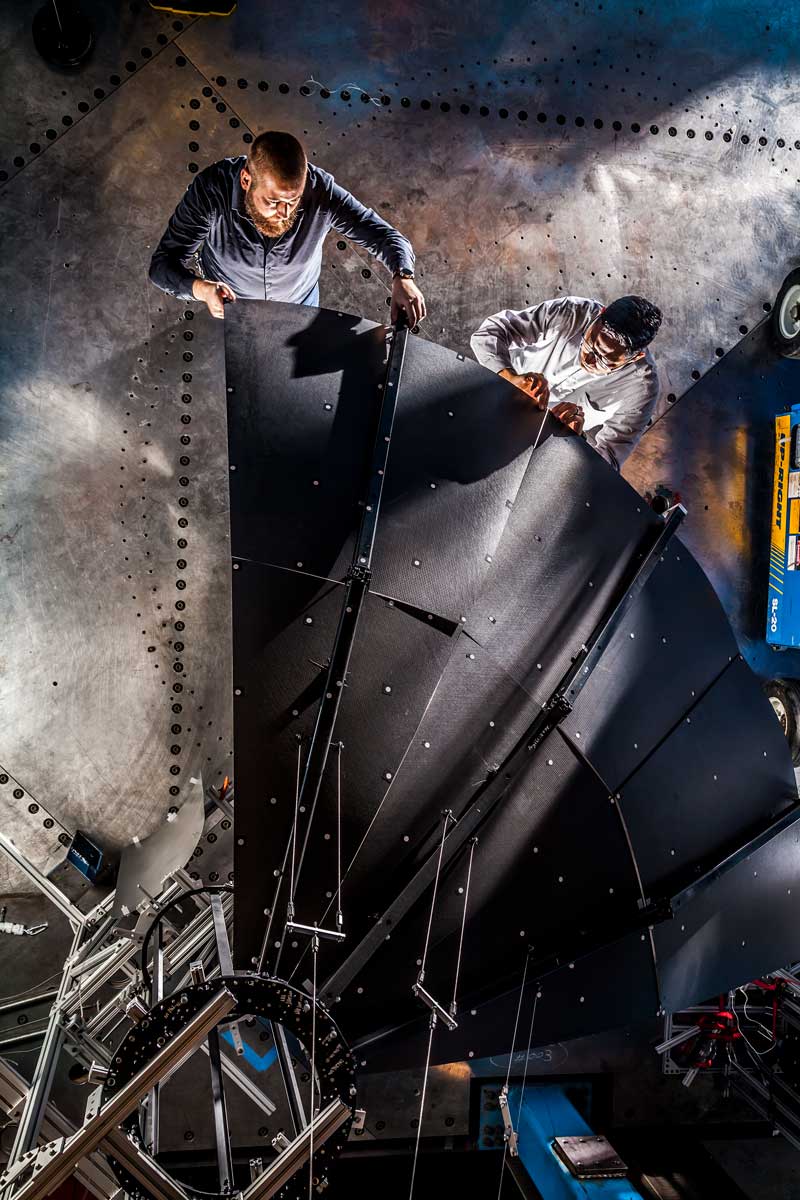 November 12th, 2020 – An East Coast aerospace company that aims to digitally model the entire planet using a network of satellites is eyeing an expansion into Albuquerque, with plans to build a massive campus near Kirtland Air Force Base.

On Thursday, the Albuquerque Environmental Planning Commission approved a new site plan for an approximately 122-acre parcel situated between the base and Albuquerque International Sunport, helping pave the way for Washington, D.C.-based Group Orion to develop the land.

While the city still needs to complete the lease agreement and secure permission from the Federal Aviation Administration, Group Orion hopes to build a campus that will include a two-million-square-foot manufacturing center, an eight-story office and laboratory building, a new food hall and an extended-stay hotel, among other developments.

“This is going to be a little city in itself,” said David Shaffer, vice chair of the planning commission.

The campus, which would be known as the Orion Center, could house 1,000 jobs once it opens and eventually expand to include 2,500 jobs, according to James Strozier, principal at Albuquerque-based Consensus Planning, which submitted the plans on behalf of Group Orion.

Albuquerque Economic Development Director Synthia Jaramillo said the project represents the latest opportunity to attract development from the commercial space industry, which she said was slated to be worth $3 trillion globally by 2045.

“This company is very much in line with Mayor Keller’s goals for economic development,” Jaramillo said during the commission meeting.

The project represents the city’s latest effort to develop the parcel of land that once held the Sunport’s north-south runway.

The city began marketing the site – which it dubbed the Aviation Center for Excellence – to commercial and office developers in 2017 in an attempt to spur development in Southeast Albuquerque.