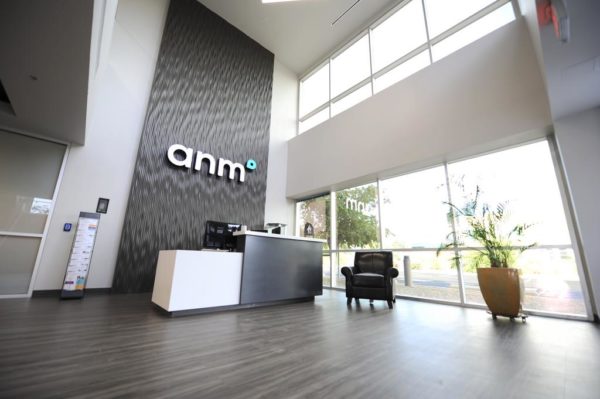 The space is located at 4001 Jefferson Plaza NE and gives the growing company room to breathe. CEO Raminder Mann told Business First in August that ANM planned to hire 20 over the next year as part of its government-backed local expansion announced last year, and said Wednesday the company was bringing on new employees faster than expected. The new facility is big enough for the 90-person company to double in size.

As part of the previously announced plans, ANM was to receive $1 million in Local Economic Development Act funding from the city and state for the creation of 40 tech and management jobs, Business First reported.

ANM projects yearly revenues to hit $130 million this year, up from $109 million in 2018, according to Mann. The firm was founded in 1994 and provides cloud storage, security and various other services.

ANM purchased the building on Jefferson last October for $3.6 million from its previous owner and put around $1.4 million into its remodel, Mann said. Albuquerque-based Klinger Constructors, Sound & Signal Systems of New Mexico and First Security Systems worked on the project, city permits say. The space includes a large training center for introducing clients to its technology, a monitoring center and room for additional offices. It is over 41,000 square feet, according to city documents.

To help grow its workforce, ANM has been working with Central New Mexico Community College students participating in Cisco’s Networking Academy — which provides technical training and career mentorship — to prepare them for working at ANM, according to a release. Cisco is a San Jose, California, based IT, cybersecurity and networking company.

“That has been one of the best sources for us to add talent to the company,” Mann said.