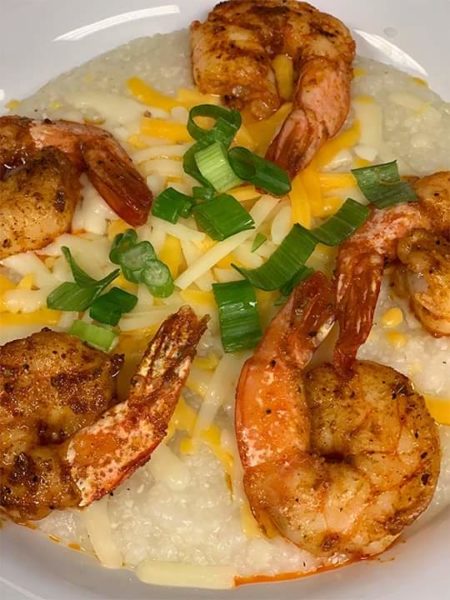 “I have to say that it’s gone by really quick,” Nexus owner Ken Carson said. “There’s been a lot of ups and downs, mostly ups, but we’re really happy to have reached this milestone. I think it’s a big step in our organization.”

Nexus is now three locations strong, with its most recent Nexus Blue Smokehouse opening its doors in March. The smokehouse, in the South Broadway neighborhood, has exceeded Carson’s expectations, so much so that Carson is planning to expand into the unused 3,000 square feet of the building by the end of the year.

“Sales are way above what we expected, and the great thing is how the neighborhood has received us,” Carson said. “They’ve really expressed their gratitude for us opening in their neighborhood. They’ve really been very welcoming, and it’s been just great, and we’re finding that we’re also picking up business out of the South Valley.”

Nexus will celebrate its eighth year today through Sunday, May 19, with music and food specials not available on the regular menus at all of its locations, including at the smokehouse, its main location Nexus Brewery in the Northeast Heights and Nexus Silver Taproom on the West Side. The main location will be serving shrimp and grits, green chile hush puppies and strawberry slab pie.

“That’s a Southern dish,” Carson said of the pie. “It’s really interesting, but it’s really good. It’s got a real nice crust, a thin crust with a layer of strawberries on it, and then what we’re doing is we’re sprinkling it with anise and kind of a biscochito crust. So we’re trying to use a little bit of New Mexico against that Southern-style slab pie.”

The smokehouse will offer food specials of red beans and rice and Nexus’ famous gumbo. The Silver Taproom will have popular food items from the main location.

The locations also will be serving Nexus’ Anniversary beer, Beam Me Up Scotty, a high-octane Scottish ale. It also has brewed up 8 of 9 Blood Orange American Wheat, which is a nod to 7 of 9 from the science fiction series “Star Trek.” It was changed to 8 of 9 to commemorate Nexus’ eighth year.

Nexus Brewery offered its own unique niche from the start by offering craft beer, along with a full menu of Southern food, some with a New Mexico twist.

“At first, I think the brewery thing was really positive from the standpoint that it brought in a lot of business,” Carson said. “And now what’s happening is we’re a full-blown restaurant, but we also happen to have a full-blown beer program, so you have both worlds, and each of them can operate separately or together. We’re happy. When I first did it, I was afraid because I didn’t know anything about running a restaurant and that was the thing that everybody told me you got to watch out for, but it’s worked out very well and set us apart from (other) breweries.”