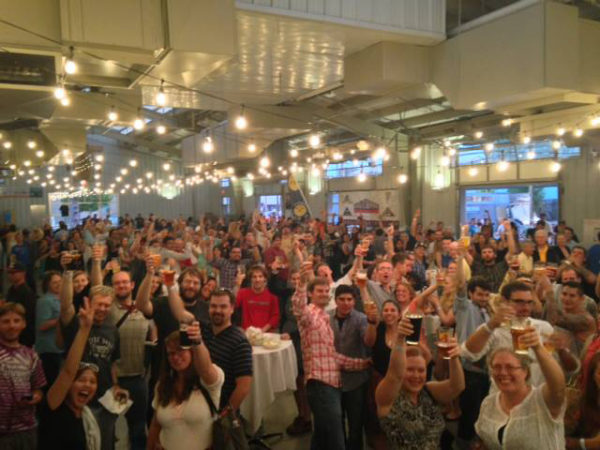 WinterBrew showcases craft beers from 18 New Mexico breweries. Guests will be able to taste the offerings from the participating breweries as well as enjoy a pint of their favorite at the event on Jan. 17 at the Santa Fe Farmers Market Pavilion in Santa Fe. The cozy space allows for 700 New Mexico beer lovers to mingle with one another and with representatives of each of the breweries.

“It’s cozy,” Leah Black, executive director of the New Mexico Brewers Guild, said of the event. “I keep calling it the coziest winter fest around.”

Each year, many New Mexico breweries are interested in being part of the event. The participating breweries are randomly selected through a lottery. WinterBrew showcases 18 New Mexico breweries. This year’s event will feature four of the five 2019 Great American Beer Festival medal winners from New Mexico. They are Albuquerque’s La Cumbre Brewing Co. and Toltec Brewing, Moriarty’s Sierra Blanca Brewing Co. and Santa Fe’s Rowley Farmhouse Ales, which was also named Small Brewpub & Small Brewpub Brewer of the Year at the 2019 GABF.

Second Street will have some of its beers to sample and will be preparing and selling food at the event. The menu includes pork belly chalupas, chalupas with calabacitas and green chile and its Jack Plane Porter macaroni and cheese.

“They’ve created a special menu for the festgoers, so they’re not only having their beer there but also providing the food, so that’s going to be really cool,” Black said. “… They made this truncated specialized menu. It sounds great. Second Street always has really good food.”

WinterBrew ticket-holders will receive a commemorative pint glass featuring the New Mexico Brewers Guild’s new logo, sampling tickets and a ticket to exchange for a full pint of craft beer from a brewery at the event.