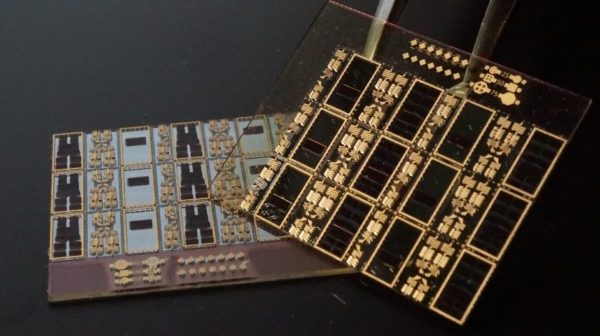 September 12, 2019 – Lockheed Martin-backed 3D Glass Solutions is moving into a new facility on Balloon Fiesta Parkway to set the stage for big growth plans in the coming years.

The company, which announced plans last year to create up to 139 jobs over the next five years, is relocating to a 16,000-square-foot facility at 5601 Balloon Fiesta Pkwy. NE. The new space is three times bigger than its current one on Venice Ave. and will allow for the expansion of its production lines and additional office space, according to Business Services Manager Phil Ferguson.

Rio Rancho-based Brycon Construction, Albuquerque’s Specialty Electric and Santa Fe’s Judson Cervenak Architects have been contracted for the project, according to city documents. Dan Rowe of Albuquerque’s Berkshire Hathaway HomeServices represented 3D Glass in the transaction, according to Ferguson, who added the lease was signed in the Springtime.

“Its primary purpose is for improving and enhancing production capabilities,” Ferguson said. The 13-year-old company closed a $12 million Series B round led by Japan’s Nagase & Co. in July. It also netted investment from Lockheed Martin’s investment arm, Business First reported. Total funding for the firm stood at $19 million at the time.