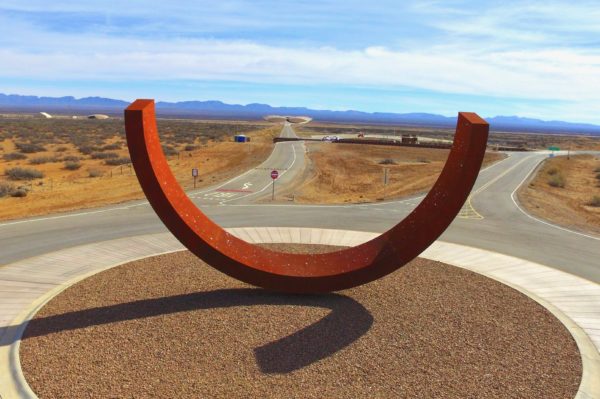 February 3, 2020 – Two companies, TMD Defense and Space (TMD) and White Sands Research and Developers (White Sands), have announced they are moving some of their operations to Spaceport America in New Mexico, Gov. Michelle Lujan Grisham announced today. Here is a statement from the New Mexico Economic Development Department:

“My administration has targeted aerospace as one of the key economic sectors to diversify our economy,” Gov. Michelle Lujan Grisham said. “It is a sector that is growing quickly and adding higher paying jobs. I’m excited to see additional companies, including a homegrown operation, choosing to be part of a thriving aerospace economic sector in our state.”​

“These companies are bringing new jobs and setting up operations in New Mexico,” Spaceport America Chief Executive Daniel Hicks said. “They will add to the companies already at Spaceport and help create a business cluster of space and aerospace in the state.”

TMD, a 30-year old company based in El Paso, plans to relocate 10 engineering and other staff positions to Las Cruces to support launches at the Spaceport. It plans to begin testing at Spaceport America in the fall.

TMD has identified New Mexico as a place to attract and retain engineering talent and his company hopes to have four to six test launches each year at Spaceport America.

“We believe New Mexico is a better place to recruit engineering talent than West Texas,” TMD President Mike Egan said. “These will be new positions and we hope to hire all of them from New Mexico,”

The second company joining Spaceport America is White Sands Research and Developers, which has scheduled its first vertical launch at the spaceport this spring.

White Sands is a homegrown business, started by Christina Lohn and Paul Jaramillo,

The company provides an array of services to the aerospace industry, including test rockets, payload consultations, and meteorology services.

As the aerospace industry grows in New Mexico, so will White Sands Research, as they see more and more potential customers and business partners locating at Spaceport America.

“The space industry and the need to launch things into space is growing very very rapidly,” White Sands Technical Director Jaramillo said. “The Spaceport tenants are potential customers. They are all doing something for which we have skills to help with.”

Spaceport America is also home to Virgin Galactic, which has relocated pilots, engineers, and support employees to New Mexico in anticipation of commercial space launches later this year.

SEE THE FULL ARTICLE AT KRWG